Why do extramarital affairs happen in a marriage?

Nowadays most relationships are in danger. More than 40 percent of married couples are engaged in external affairs. Out of 40 percent, 28 percent are male and 12 percent are female. Sometimes, we have a fear that our relationship is safe or not. When you see in your surroundings you definitely found an extramarital affair. These things make you feel unhappy.

Everyone wants to marry and wishes for a happy family but after marriage why do they engage in extramarital affairs? These affairs automatically happen or we push ourselves into this affair. What are the reasons for external affairs? Are you feel Frustration is one of the common reasons for doing this? In some cases, it is the main reason, but not for everyone.

Some relationships look like going well outside but inside they both are struggling for peace. And some marriages are open looks like something went wrong and they are not happy with each other. But why? Why do all these things happen? If we look for the causes and risk factors then we found several reasons for cheating. But some common and important reasons why married people indulge in adultery are listed below.

This is the main cause of extramarital affairs. Because when a boy or girl married in the age of 20s then that have lack of mental maturation. This is right that after 18 a girl and after 21 a boy, both can physically able to marry not mentally. After some time they feel that they never enjoy their life in their 20s, so they are excited to indulge in an external affair. They are experiencing the delight and excitement of dating. 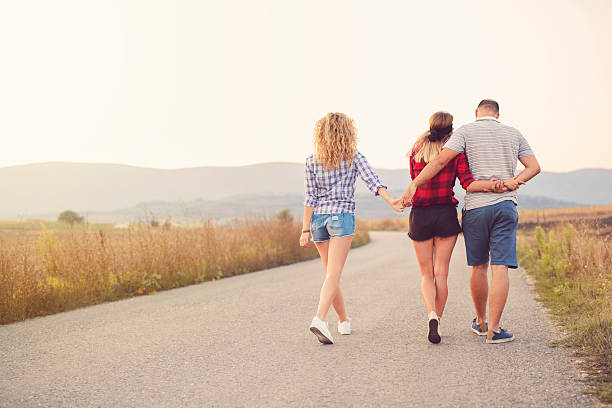 In most cases, if the marriages are taking place without a girl’s or boy’s consent then they are not happy with their partner. Some of them adjust and accept the situation, some are not ready to accept it. Most people agree to marry a person without knowing the details of their life partner and at some point, they realize the mistake they made at the time of choosing a life partner. In this situation, when they met a person who is better than their partner, they obviously engaged with them. In the beginning, it’s simply a friendship and in the end, it’s an affair.

Unmarried affairs are a cause of adultery.

In the young period, some people are related in affairs for thrill and chill and they know that they are not married in the future. But after marriage, they can’t get rid of old affairs. Because they may have some personal reasons that are why they are still engaged. But it severely damaged their relationship. These people are trying to play in a safe zone and but not everything is always the same. Nowadays it is the main reason for divorce.

Marriage with the wrong person.

Wrongs a person does not mean that the person they married is a bad man or woman. That means the two are different types, I mean their thinking, liking, dislike, choice, etc. So, how do they spend their life together? They are not satisfied with their relationship and their spouse. So, they spend their most of time with other people and look for the perfect match for them. If they are found, he or she will develop a relationship with him or them. After some days their relationship gets stronger and they never want to break up.

Here the person is not wrong, or their spouse is not wrong but the situation is wrong which makes their marriage miserable.

Relationship with “ex” after marriage.

In this case, the old lovers arrive as they spend their married life in happiness and peace. After some years when they meet each other, they are immediately attracted to their ex and started chatting, flitting, and calling. The entry of an ex is a fatal reason for a spouse to have extramarital affairs. A person might be happy in their relationship and their spouse but still, have an affair, and the cheater show cause that boredom is the reason why they do an external affair. They feel that their ex fills their emotional void and they may sense tempted to revive the long-lasting romance and pleasure in their life. 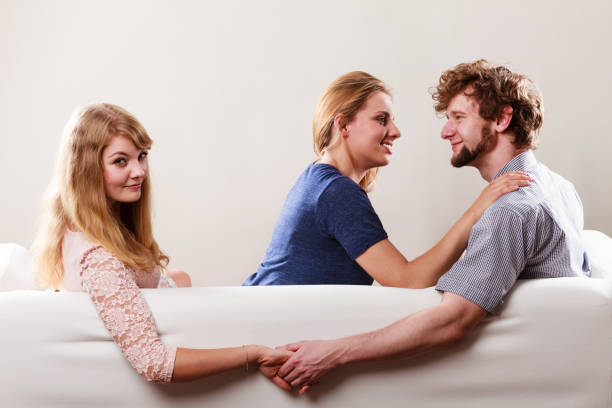 Emotionally attachment is necessary for a long-lasting relationship. But sometimes a couple grows emotionally disconnected from each other and this is the main and important reason which gives scope for extramarital affairs. The lack of time and poor communication is like a slow poison that destroys your marriage slowly. A period of distance creates an emotional disconnection between the couples which creates the chance to connect emotionally with someone else. This relationship starts with emotional bonding and ends with an external affair.

There is no common interest.

Naturally, in between the couples have some common interests and it’s very in every relationship. Some couples have so many things that are common and some are less. If there are no common interests then they are ultimately get observed in seeking your divergent interest. Then there is no reason for together time and they spend most of the time away from each other. These are the big opportunities to engage with another person who is making their interest with your interest. Slowly they are getting friends and then their relationship getting a new turn toward an extramarital affair.

Financial disputes between the couple.

Financial disputes are common in every relationship but external affairs happening based on financial disputes are very few. When their problems cross the wall and it’s getting open then it gives the chance for an extramarital affair. At the same time, some people show that they want to help and support you financially and this can lead to an affair.

These things are not happening in everyone’s case. Some people are facing all these types of problems. So this one is also the reason for adultery.

After a child/ parenthood.

After a baby, some changes take place. The priorities also change and the time both are spending together is reduced and the immediate living climate alters overly. Every woman gives their focuses on their babies and they try to be a good mother. But the man feels lost and not important in their home. Ultimately the man engages in foreign love. The woman knows about it after a long time because they are busy with their baby, so the man does this unfair work. 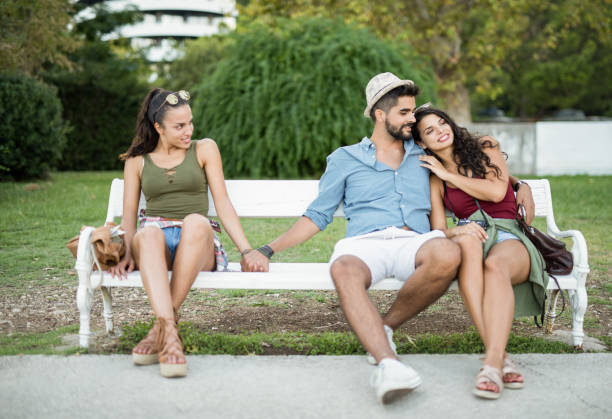 The desire for excitement.

After a few months or years, the excitement of a honeymoon is faded away and couples live life without excitement. occasionally it is mere boredom or breaking the tedium and struggle of everyday life that is the reason for extramarital affairs. People are involved in extramarital affairs just for fun, for a change, or for some excitement. They also don’t know that what is the ending of this relationship. Some are engaged with a single person for the charm and some are busy with a married person because they never want any risk.

They are not able to deal with changes.

Life goes on up and down and we all know that but when we enter into the marital world then we wish for a better lifestyle and our expectations from each other are very high. But the changes are happening in life after marriage some are unable to deal with it. They can face the little changes. But the big changes like unemployment, financial problems, serious illness in the family, and so on are the big issues that are coming into life anytime. For this particular reason, they want to live apart from their spouse and they feel more comfortable with another one and this is the main reason for extramarital affairs.

When the couple does not understand each other or each other’s thinking, wanting, goals, or wishes then how many days you are living together?  The lack of appreciation is sometimes provoked by extramarital affairs and vice-versa. When they are discussing something they never understand the exact reason but their arguments are taking place. So most of the time they want to spend separately from each other. In this critical time, they need a friend to share everything and fill up their loneliness and days are going and their friendship converted into a relationship. Lack of understanding of each other is the top reason for extramarital affairs.

Their life priorities are different.

People never take it seriously. But it plays an important role in a marriage. Before marriage, no one gets importance to this topic so they are not clear about what their partner gives more priority and what is their desires. After some time everything gets clear and more noticeable and gradually divergent. Throughout time, these serve so variedly that it becomes difficult to live together. This can be a trigger for an extramarital affair. The person goes closer to those who are the same interest and their priorities are equal and it’s an advantage for their career and after a long time relationship, it’s changed to external affairs or infidelity. 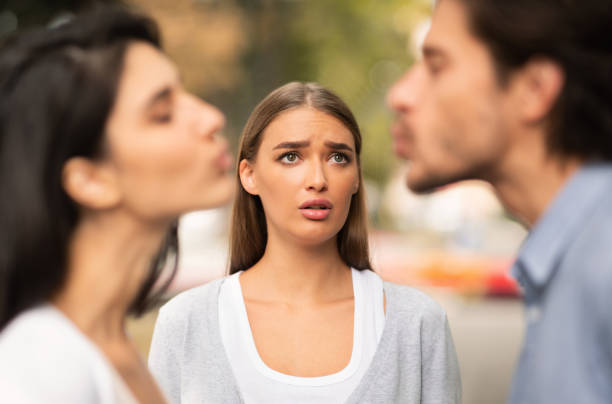 You live in an undervalued.

A successful marriage is founded on love, respect, understanding, and sacrifices. But the couple doesn’t accept the value of their partner’s strength. Continuously these things happen with someone then the person gets demotivated and feels undervalued and seeks love outside the marriage. When a person performs their work perfectly and genuinely then they are not encouraged or no one values their work then the person wants someone who understands them and gives them the importance. For their emotional support or satisfaction, they are involved in extramarital affairs.

Extramarital affairs are the needs when the person feels alone. It may be physical or mental. But it somehow hampers the relationship. Then why do affairs happen in a good marriage? I think it’s not necessary for a happy life. If we want we change our life or try to change our partner’s lifestyle. All these things are in our hands. When we feel that it’s not possible to run our relationship then it’s better to be separated from each other but not cheat with your partner.

Marriage is based on sacrifices. Not only the one but both are ready for the sacrifice. Then your marriage success and long-lasting. How to catch a cheating wife-15 smart way wife is the neck of the family. Is this right?

Are you feel working women’s life is easy? These 5 difficulties they deal with largely.